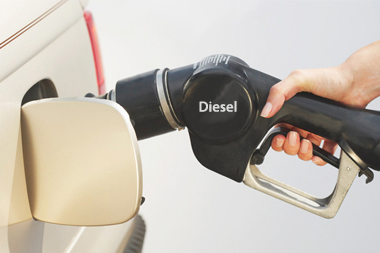 In a move to improve air quality, drivers of diesel engine cars in the UK may be given a scrappage fee.

This Diesel Scrappage Scheme could give drivers up to £2,000 to go towards a more environmentally-friendly car, like our fuel-efficient hire cars at Eurodrive. This comes after the UK failed to meet European emissions requirements.

Diesel cars emit nitrogen dioxide; a gas said to cause severe lung conditions. The older the model, the more pollution it emits. In 2013, the UK had the second highest amount of deaths related to nitrogen dioxide in Europe, at approximately 12,000, with Italy topping that list.

‘Payments may be limited’

The details are not yet definite, although this may not happen until after the General Election. To cut back on costs, the payments may be limited to exclude those on a low income or include those living in the worst polluted areas. There are over 11 million diesel cars currently being driven on UK roads with 17% of those being above 12 years old.

This was because they were thought to cause less pollution than petrol engines. However, since the Volkswagen Emissions Scandal came to light, the true effect of diesel engines on the environment has been realised.

Another solution was to take measures to reduce congestion, like speed bumps and pinch points. Studies have previously shown that diesel cars emit 98% more nitrogen oxide over a speed bump. Original plans to stop councils for charging diesel cars more to park may also be scrapped.

In London, Birmingham and other majorly polluted cities, a daily charge of at least £20 as part of the “toxin tax” will be introduced for diesel cars in order to encourage people not to drive them starting in 2019. This will include lorries and coaches. The Diesel Scrappage Scheme will be an added incentive to get rid of the diesel car altogether. Newer automobiles may be excluded from the tax.

With an estimated budget of £500 million, nearly 10% of the five million worst offenders can be taken off the roads. Half of these payments would come from the government with the other half coming from the car manufacturers themselves.

Sadiq Khan originally suggested a Diesel Scrappage Scheme for London, as tackling the pollution in the capital was at the top of his list when he became Mayor last year.

This scheme gained important support and was suggested for heavily polluted areas when the UK failed to meet the air quality standards. Theresa May has said when an air quality plan has been produced, the government will have a better idea of what measures will need to be taken and to what extreme.

It is thought that by 2020, nitrogen oxide levels in London will be half of what they are at today.